The ‘equal’ marriage referendum campaign has officially ended as the broadcast moratorium begins but with only hours left before the first votes are cast, now is not the time for complacency.

Throughout the campaign the polls have consistently suggested a sizeable win for the ‘Yes’ side but Ministers in Government and their colleagues in opposition are now voicing concerns about the narrowing of the gap. If the ‘Yes’ side are successful – I am not certain it will be – it will not be the landslide predicted.

What is certain, is that there will be a large number of people on the ‘No’ side who for months now, have declared themselves to be undecided, if they have declared a position at all. Those who haven’t are even more likely to vote for retaining the status quo and sadly, the ‘Yes’ campaign will have no one but themselves to blame if their call for equality is rejected.

The ‘Yes’ campaign, much like the ‘Yes Scotland’ campaign has had more dancing and better songs but may well end up with the same result. For while ‘Yes Scotland’ fought an overwhelmingly positive campaign, there was an undercurrent suggesting that to vote against Scotland was to be unpatriotic. Similarly, the ‘Yes’ side of the marriage referendum has been guilty of failing to meet the ‘No’ campaign on a fair footing. Too often, suggesting bigotry and narrow mindedness were the enemies of reason.

All this ensures, is that those with genuinely heartfelt reservations about what a ‘Yes’ vote might mean for children, will keep those opinions to themselves until they are in the safety of the registration booth.

There have been other mistakes too. The refusal by all on the ‘Yes’ side to refer the the referendum as the ‘equal marriage’ referendum rather than the ‘same-sex marriage’ referendum is an oversight I find staggering. All votes are cast morally first, and politically second. The fact that this referendum has united political parties across the divide makes the lack of attention paid to individual moral framing all the more astonishing.

We need to continue to frame the argument in the final hours in terms of moral frames. The question is not, ‘Will you be voting ‘Yes’? The question we should be asking is, ‘Do you believe the State should decide who you can and cannot marry?’. 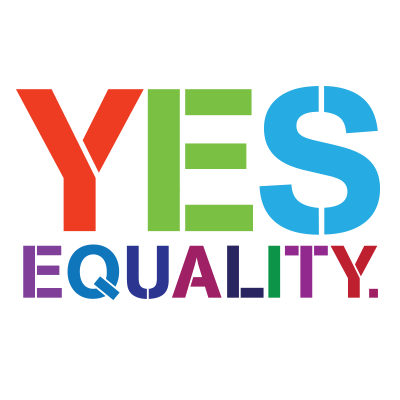 Those on the ‘No’ side have said throughout the campaign that they are protecting the sanctity of traditional marriage. As though they are the legal guardians of the concept. It is important to remember that those of us on the ‘Yes’ side have as much right to define marriage as those in opposition. Marriage has been defined in many ways by many different interested groups, whether simply to produce offspring (Ancient Greece/Early Christianity), for land (Australia), for political gain (Ancient Egypt/Rome), for peace between warring nations or to share supplies between traders (Medieval Europe) and as a sacrament in 1563 (Catholic Church). Marriage was also used as a way of strengthening bonds between families and it is not unusual to find cases of families marrying their sons or daughters to the deceased offspring of another family to strengthen ties between the two.

In short, the idea of marriage being some ancient tradition with intrinsically sacred values between willing individuals is horseshit. As Fintan O’Toole pointed out in his column yesterday, up until 1990, men in Ireland had the legal right to rape their wives and when in 1995, the acceptance of divorce was narrowly passed, we were warned by the Vatican that the result threatened the ‘stability, the wellbeing and harmony of society’. It was only right that the definition of marriage at that time was changed. It is only right that it changes again now.

The ‘Yes’ side must continue to define marriage in moral frames befitting the image of what we wish our society to be. Marriage defined simply as the most profound expression of love and commitment two consenting individuals may take. With it’s metaphorical journeys, growth, unions and bonds. With joys and difficulties. Children. Growing old together. Honeymoons. Family strife. Nurturing. Responsibility. Social status. Wedding invitations. Prosperity. Possibly even divorce.

The point is that these are all genderless concepts. Possessing a penis or a vagina is not necessary to experience any of these ideas and denying the right to experience this rich tapestry to two people in love is a violation of human dignity.