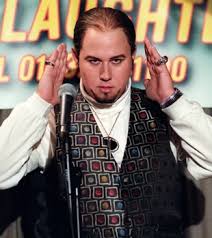 The surprising inclusion of a national living wage is not a cynical attempt to divert your attention from what is yet another attack on those most vulnerable.

While it’s inclusion may appear to be an attempt to capture the red flag inside the Labour heartlands while diverting attention from the swingeing cuts to tax credits and benefits elsewhere, I can promise you this is only a fortuitous coincidence.

You will ignore my adoption of the Living Wage Foundation’s lexicon to announce what is essentially a raising of the national minimum wage and you will not question my decision to award only those aged 25yrs and over this increase. You should not ask what this means for the 2 million or so under 25’s who will not gain from this announcement. Again, it is just a happy coincidence that so many young people under the age of 25 happen to be working in such poorly paid jobs.

You will kindly forget that the minimum wage was on course to hit £9 p/h by 2020 in any case and remember instead how shiny my hair looks on tv.

You will not be discouraged by the fact that my best ever new national living wage thing falls short of what the Living Wage Foundation have called or that they did so under the assumption that all those tax credits I just cut would be there to compensate for receiving such pittance.

Instead you will recall the exuberance displayed by Iain Duncan Smith and feel that something very good indeed must have been done.

My new and brilliant national living wage is not an attempt to distract from the fact that public service workers will experience a real-term reduction in wages over the next four years with inflation expected to return to 2% a year and in no way was it meant to draw attention away from yet another budget that makes students, low-income large families and the disabled significantly worse off.

Remember Iain. He hasn’t celebrated like that since Jonathan Woodgate headed in that extra time winner in the 2008 League Cup win.

Three, two, one… you’re back in the room. The undecided will ultimately determine the fate of our nation. If the reactionary polemic and increase in hysteria witnessed recently are any indication of unionist jitters, it is almost certainly because Darling et al have realised that they are losing the battle for the hearts and minds of those undecided they had hoped could be bludgeoned into submission with casual threats and intimidation. END_OF_DOCUMENT_TOKEN_TO_BE_REPLACED

The Swilcan Bridge spanning the burn of the same name between the first and eighteenth fairways of the Old Course at St. Andrews

Comment: Scotland’s past and the history of golf are inextricably linked but it is what we can learn of Scotland’s future from our beloved game that we must now heed.

The game of gouff has not always enjoyed a cosy relationship with our nation’s guardians. In 1457, during the reign of James I, it was written into statute that the playing of ‘the golf be vtterly criyt done and nocht vsyt’. James II then explicitly prohibited the playing of golf once more in 1470 in order to encourage archery practice, and James III subsequently reiterated his opposition to the game in 1491.

The game survived such decrees however and the Old Course at St. Andrews, with it’s fairways shaped by grazing sheep and bunkers formed by sheltering livestock, remains the oldest continuing golf field in existence.

So what can our ancient game tell us about Scotland’s chances of securing a resounding ‘Aye’ on September 18th?

Surprisingly much as it turns out, and the news is not good. END_OF_DOCUMENT_TOKEN_TO_BE_REPLACED

Robert Burns wrote ‘The Twa Dogs’ in 1785 and in line with much of Burns’ later works, is a social satire on inequality, class and the nature of happiness. The full text of Burns’ work can be found here. The tale became a firm favourite among radical poets, especially in Ulster where it inspired Samuel Thomson’s  ‘To Allan, Damon, Sylvander and Edwin, an Eclogue’ (1799).

This page aims to grant the reader a knee high view of politics.

Luas: So Kaiser, you being the smartest of all the dogs, what’s this permissionary note the owners are getting so excited about?

Luas: Right. ‘The Man’ calls it the permissionary note ‘cos he says he now has to ask some woman in Germany for permission to go for a piss.

END_OF_DOCUMENT_TOKEN_TO_BE_REPLACED

Comment: Our present incumbents within the chambers of power have done much to protect the ‘haves’ while denigrating the ‘have-nots’. Listening occasionally however, might afford them the insight they are seemingly so incapable of.

Without saying too much about my place of employ or the nature of my work, when I am not espousing less than universal truths through this blog, I work within the homeless services sector in a facility that houses some eighty gentlemen presently experiencing ‘rooflessness‘.

The problems faced by these individuals are myriad in scope and the reasons for their predicament are similarly manifold, encompassing addiction, substance abuse, marriage/familial breakdown, mental illness, bereavement, criminality, sexual abuse and increasingly, redundancy, debt and financial fragility. The juxtaposition of so many men, and such a multitudinous array of issues invariably leads to confrontation and manipulation. As one might expect, money – both lending and owing – is an all too frequent catalyst for these incidents. A recent conversation about economics however with a group of these unheard voices I felt was worthy of mention on here, given that it summarised our current plight with a cogency our leaders[sic] might only dream of. END_OF_DOCUMENT_TOKEN_TO_BE_REPLACED